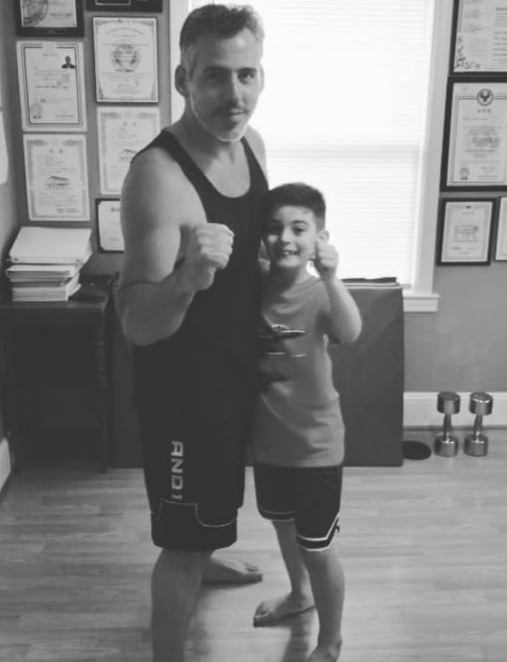 Born September 10, 1976, in Abington Pennsylvania. Master Laino started training in the martial arts when he was only six years old. In those early years he was learning the art of Shotokan Karate and trained in that style for seven years and obtained the rank of Red Belt.

In 1989 he decided that he wanted to make the martial arts a lifestyle and started training in Hapkido, under Grand Master Sang Bok Ko of The World Pro. Hapkido Federation. Master Laino is still a representative of the World Pro Hapkido Federation and has trained under their banner for the past thirty years. He serves as the Pennsylvania State Representative for the WPHKDF and The World Korean Martial Arts Federation.

Although he has trained under numerous prestigious teachers, he recognized G.M. Ko to be his primary teacher. He started Taekwondo in 1996, under Grand Master Charles Tessta. G.M. Tessta, being disenchanted with The Kukkiwon and The World Taekwondo Federation (WTF), broke away from them and started his own Federation, The North American Taekwondo Association. After Master Tessta’s passing, he continued his Taekwondo training under Grand Master Kyong H. Kim. He credits G.M. Kim with really refining his Taekwondo technique and skill.

Awards and other accolades, 5-time Grand Champion in fighting competition, competing, all over the East Coast. Also won many trophies in tournaments, never placing lower than 3rd place in Fighting/Sparring and Forms competition.

Legends of the Martial Arts 2016 Master of the Year Award winner.

Undefeated Amateur Kickboxer, with a record of 5 wins, 0 losses, 3 of the wins, by way of Knock Out.

The North Carolina State Rep. for the WPHKDF.

Currently he is sharing videos to help other USA Hapkido Union members learn the skills needed for Hapkido Sparring competition.